Two years ago, (Late November 2917, to be exact), I had surgery to remove an 11 inch tumor that was wrapped around my right kidney, along with said kidney, my appendix and the surrounding fat tissue. Since then, I've been seeing my urologist every six-months to go over test results. As of today, I'm still cancer free, and my kidney function is reported to be excellent. I have one more appointment in six-months and then he's switching me to once a year...

Since I'm planning down the road to run a campaign using the Star Trek Adventures rpg. I figure I had best do up the player's ship...

( Collapse )
For the finished product... 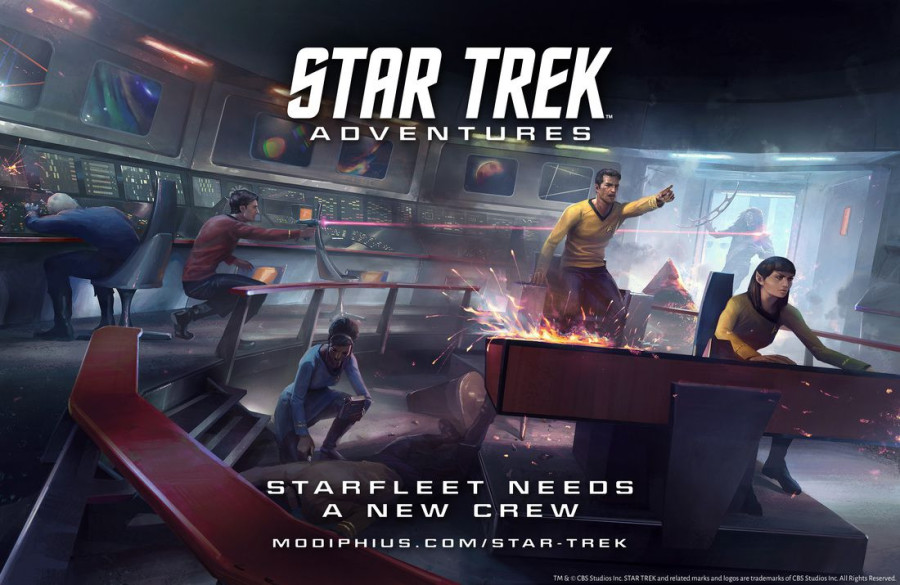 Originally the scenario was to be Through a Forest Wilderness, It has now been changed to...

Adrift
On route to Dourap IV to help with a d’kar fever outbreak, the ship encounters a subspace anomaly which disables warp drive and leaves the ship drifting at high sub-light speed toward the Klingon border. The crew must fix the ship and deal with intercepting Klingons, while trying to determine what is responsible for the ship’s problems.

Cause someone dared me to ... I did a Centaur race for Modiphius Games Star Trek Adventures rpg. Aside from changing the racial and planet names, I have also altered the Hard Kicker Talent to be more in line with similar Talents used with other fan created races. I added the second illo because a friend suggested that the first one didn't seem very warrior-like. Spacial thanks to Joshua Brumley On the Star Trek Adventures Google+ community for comments and suggestions, and Stephen Birks on the same community for the name idea.

I present you the Centaurians, Cabalosians based loosely on the Centaurs from A Centaur's Life. 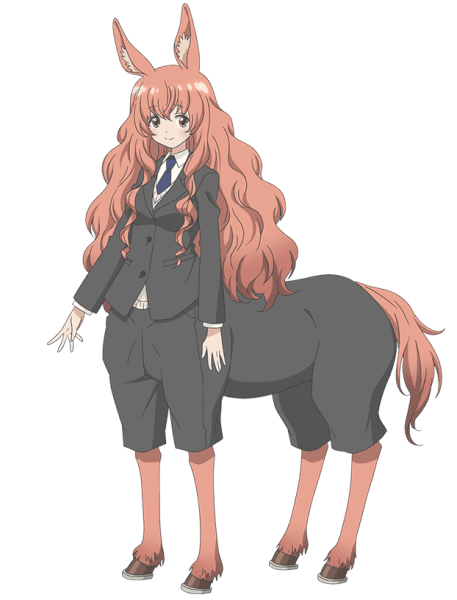 ALL ERAS OF PLAY
Cabalosians are an intelligent quadruped race native to the mountains and hills of Caballus. A class M world bordering Andorian space, near Coridan. At one time their world was occupied by the Orions and many of their people in the Northern lowlands were enslaved along with various other races captured in Orion raids. The Cabalosians of the Southern mountains, of had a warrior culture akin to the ancient samurai of Earth, waged a long war with the Orions raiding deep into the North and freeing many slaves, who in turn joined their army.
Eventually, with weapons supplied by the Andorians, the Cabalosians liberated their world. The two races maintain good relations and on the Andorian’s recommendation, Caballus joined the Federation in 2163. Cabalosians value service, duty and honour and many serve in Starfleet where they gained reputation as fierce shock troops in the Klingon War.

EXAMPLE VALUE: Service is its own form of honour.

TRAIT: The Cabalosians are a quardriped race, their horse-like lower torso is covered in a soft fur, and they have a horse-like tail. Their upper torso is humanoid except for large donkey-like ears that give them excellent directional hearing. Their hair and ear fur match the colour of their fur and tail. Cabalosians are bigger then humans, standing around two meters tall and can run very fast, averaging 100 meters in nine seconds. Being a mountain people, they are capable of high jumps and have high tolerance for cold.

TALENTS: The character has access to the following talents:

HARD KICKER
REQUIRMENT Cabalosian or Gamemasters permission.
Cabalosians are very strong and tend to use their hooves in close quarters fighting. Your Unarmed Strike Attack adds the Vicious 1 Damage effect. Also your hooves don’t have the Non-Lethal quality.

MOUNTAIN FOLK
REQUIRMENT Cabalosian or Gamemasters permission.
Cabalosians are very agile and high jumpers. Reduce the difficulty when jumping to or from a platform or ledge by 1.

Well I’m back from seeing the doctor about the pathology report. A little background before that though…
Back in August, while down at GenCon with

jkahane I had stomach problems and spent one morning pissing blood. I was pissing blood clots by the time we got back to Ottawa. It goes without saying, I saw my family doctor the next day and he scheduled a CT scan.
The CT scan showed an 11-cm mass on my right kidney and my doctor referred me to a Urologist at the General Hospital who saw me in late September. He said the results meant a 90% chance that it was malignant and scheduled another CT scan and made the arrangements for me to have surgery.
On the 21st of November, went in for surgery, they removed the kidney, the mass, the surrounding fat and while they were cleaning out the lymph nodes, they found something on my appendix and took that out to be safe. A week later I went home and have been recovering since.
Today I saw the Urologist again and go the pathology report…
The Cancer was Stage 3 and had invaded the surrounding fat tissue, but shows no sign of having spread. What was found on my appendix turned out to be just scar tissue. Suffice as to say, I have additional appointments over the next six months but everything looks good.

Arr, this be talk like a pirate day, so here be my tale...

Awoken in the wee hours yesterday by the Sawbones ta talk o'my CT scan. I see him an he tells of a mass on me starboard kidney. That be enough to scupper me day on it's own. Get summoned ta work, be a long drive, evening mostly well, ceptin me bilge let go and I ended up in the head cleaning me undies. Damp undies be no fun to wear...

Get back to port an find I caught a cold...

Ey, things can only go up from here...

Continuing to add my own answers to the #RPGaDAY questions, hosted by BrigadeCon. Here is the latest question...

31st: Best advice you were ever given for your game of choice?
Hmm, over my time as a gamer, I've been given a metric butt-ton of advice. Sadly much of it I've ignored. I don't remember who said it to me, but I guess I'd have to go with "It's only a hobby... It's only a hobby".
Collapse